My two favorite snacks are dark chocolate brownies and popcorn. But not just any popcorn. I’ve discovered THE BEST POPCORN. It’s called Funky Chunky. They have several flavors, but the Sea Salt Caramel popcorn is decadently drenched and drizzled in dark and milk chocolate, caramel, and sea salt.  Oh, there are also cashews. So, what could possibly make this any better? When you combine it inside a rich, dark chocolate brownie batter — you end up with Killer Funky Chunky Popcorn Brownies that are insanely delicious.

So, how did all of this happen? While attending a trade show in July at McCormick place in Chicago, I stumbled upon a booth and had the opportunity to learn about Funky Chunky… and after falling in love after several tastes, Instant PotLuck and Funky Chunky decided to work together to create mouth-watering recipes using their popcorn in a variety of recipes Instant PotLuck would develop. 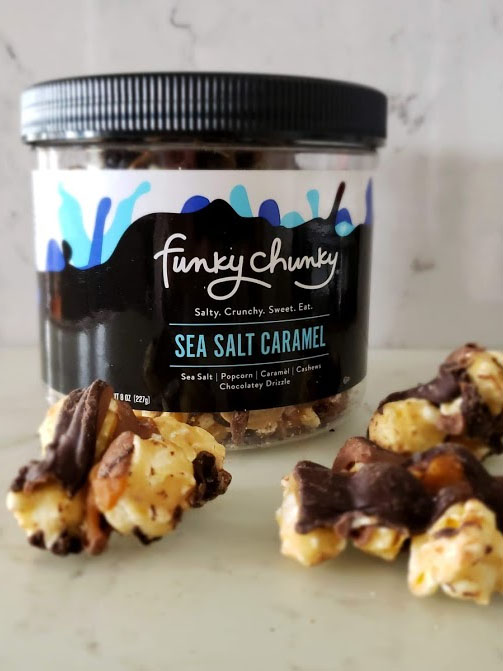 What makes this popcorn so unique and what made me fall instantly in love is it’s salty and sweet and crunchy texture. It achieves it’s Oh-My-God! 5-star rating because of the way it’s covered… it’s actually more like bark than a drizzle. Now here’s where it goes to the next level: when added to the batter of the brownie mix, the popcorn and all of it’s various toppings (the milk and dark chocolate, the caramel) oozes into the brownie and you are never sure what sort of bite you’ll experience next. 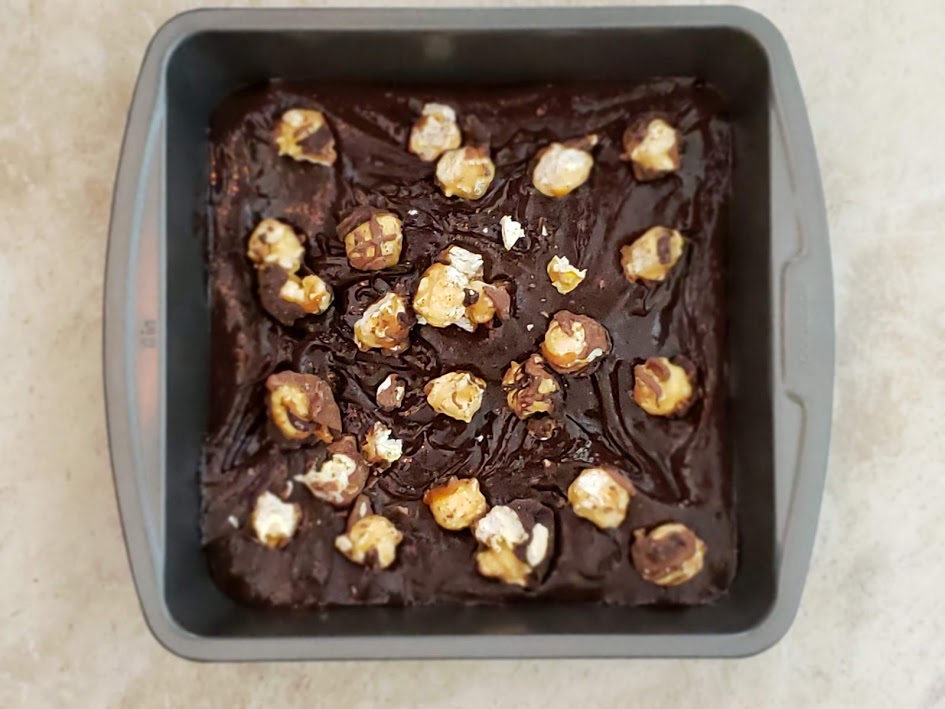 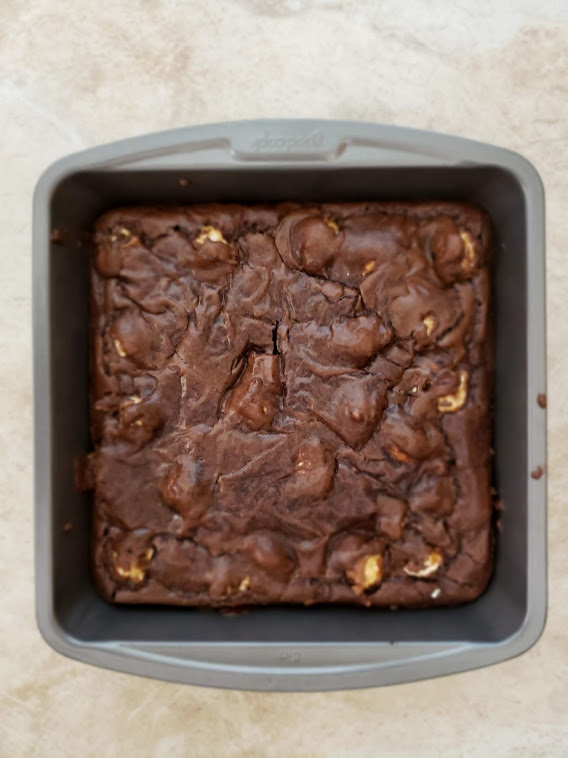 Topped with more batter… and this Killer Funky Chunky Popcorn Brownies straight out of the oven by Instant PotLuck. 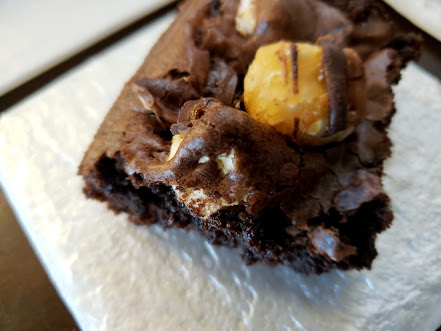 But it didn’t start out this way…

I have to be honest, when I came up with the idea and tried making it the first time, I was concerned about how the popcorn would turn out. My original idea was to use the Funky Chunky Popcorn as a bottom layer of the brownie which would end up like one of those brownie bars. What I did was grind up the popcorn in my food processor, add a tad of butter to keep it together, and line the bottom of the pan. I then topped the layer with the batter. I have to say the bottom layer came out hard and, though, while (sort of) edible — it didn’t cut it. Seriously. It didn’t cut.  So, don’t do it that way.

Here’s how to make it: the perfect meeting of two perfect snacks that become one truly unique dessert. I’m making them over the holiday season. I might share them. I need to decide. 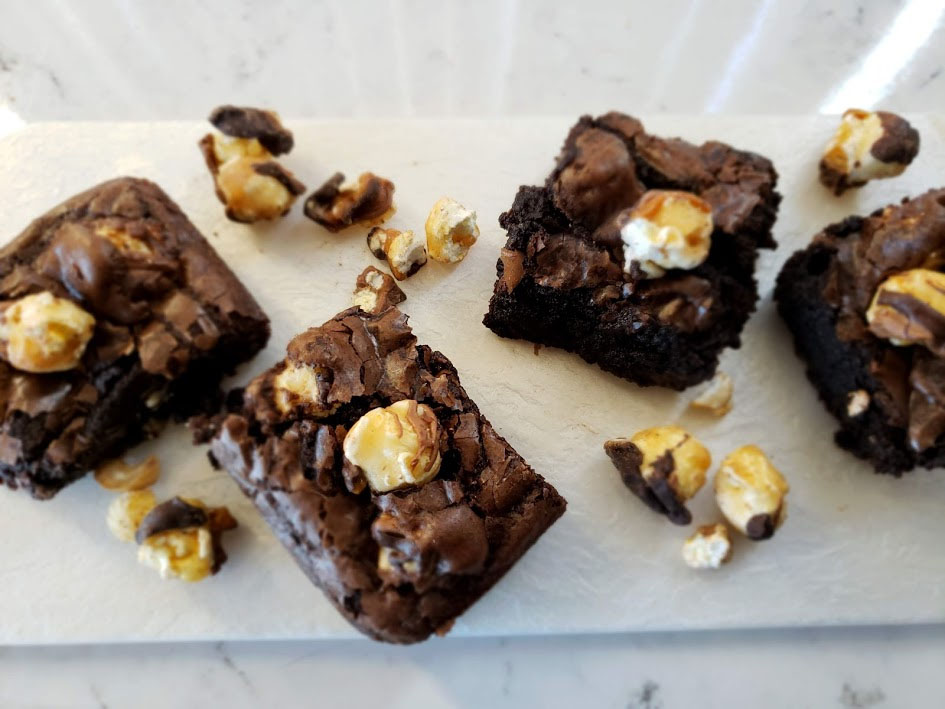 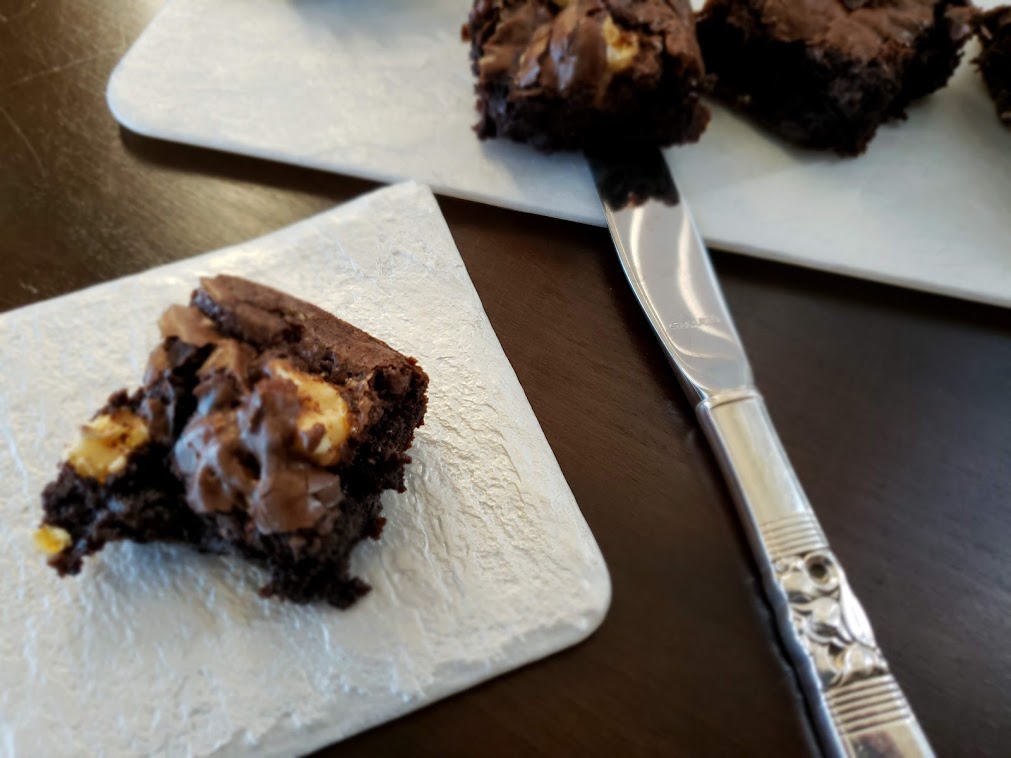 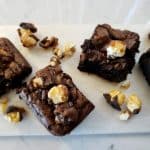 Follow instructions on the box of Duncan Hines brownie mix — I used a dark, 8 x 8 non-stick pan, so use those cooking temperatures.

Pour half the batter into the bottom of the baking pan.

Pour the remaining batter on top of the popcorn layer.

If you want to serve your Funky Chunky Popcorn Brownies on our SlatePlates, they’re available in Pearl White and Slate Gray… in 4 different sizes. Made in Italy, they’re reusable or disposable and great for parties and entertaining.

And follow me on PINTEREST… the place where I go to look for a recipe and end up considering which Tiny House I should buy.

Check out the new line of gifts and accessories I created especially for you, the home chef. Entertaining and serving, clean up solutions, and some other surprises: 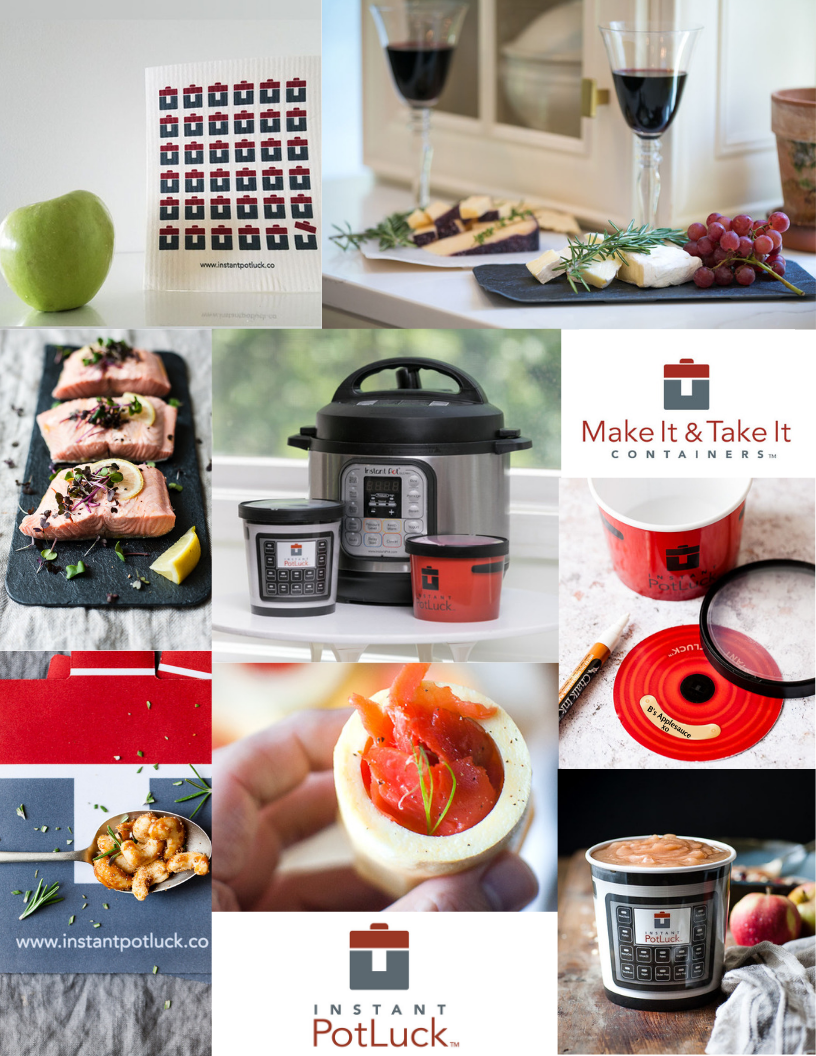