You are here: Home / Blowing Off Steam / The Woman Who Created An Industry – Mabel White Holmes of JIFFY

As an entrepreneur, I am fascinated by women who create products and revolutionize the way things are done. Unlike Betty Crocker, who was nothing more than a made-up name and persona created by an advertising agency, Mabel White Holmes was a real person. She created JIFFY MIX – the first, boxed baking mix and the pioneer of what is today a billion-dollar industry. 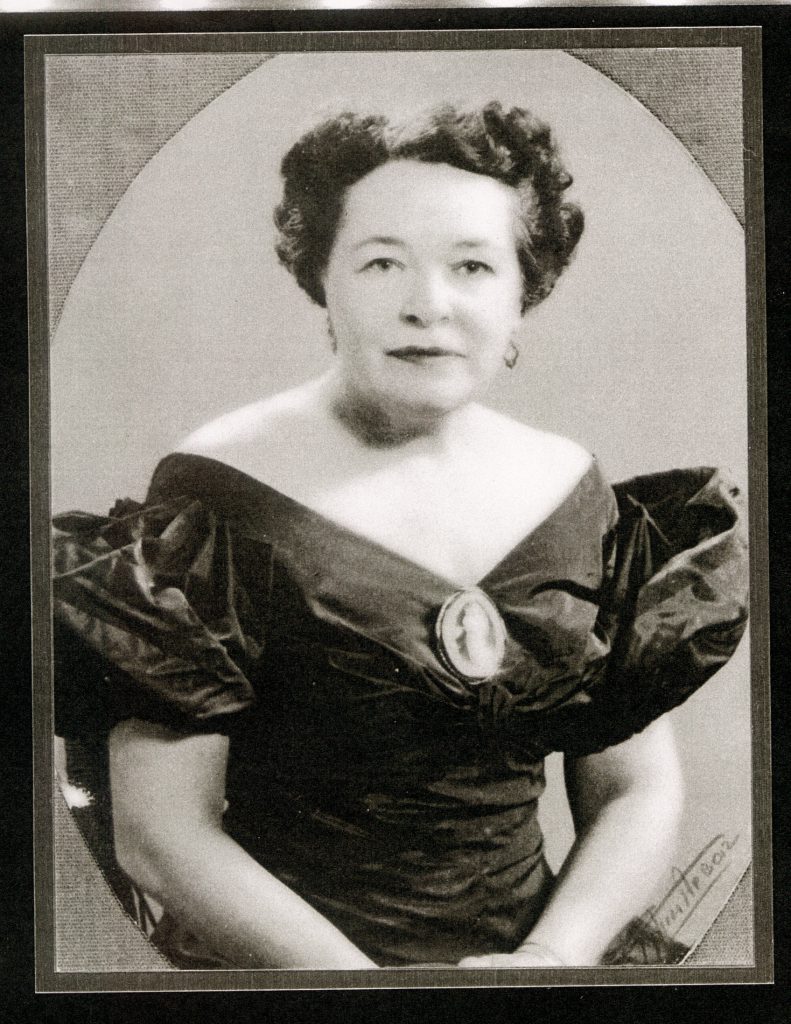 While attending the National Restaurant Association show in Chicago, I had the pleasure of meeting Howdy S. Holmes, the President and CEO of Jiffy Foodservice. While he is the head of the company now, it’s because of what his grandma, Mabel White Holmes started back in 1930. 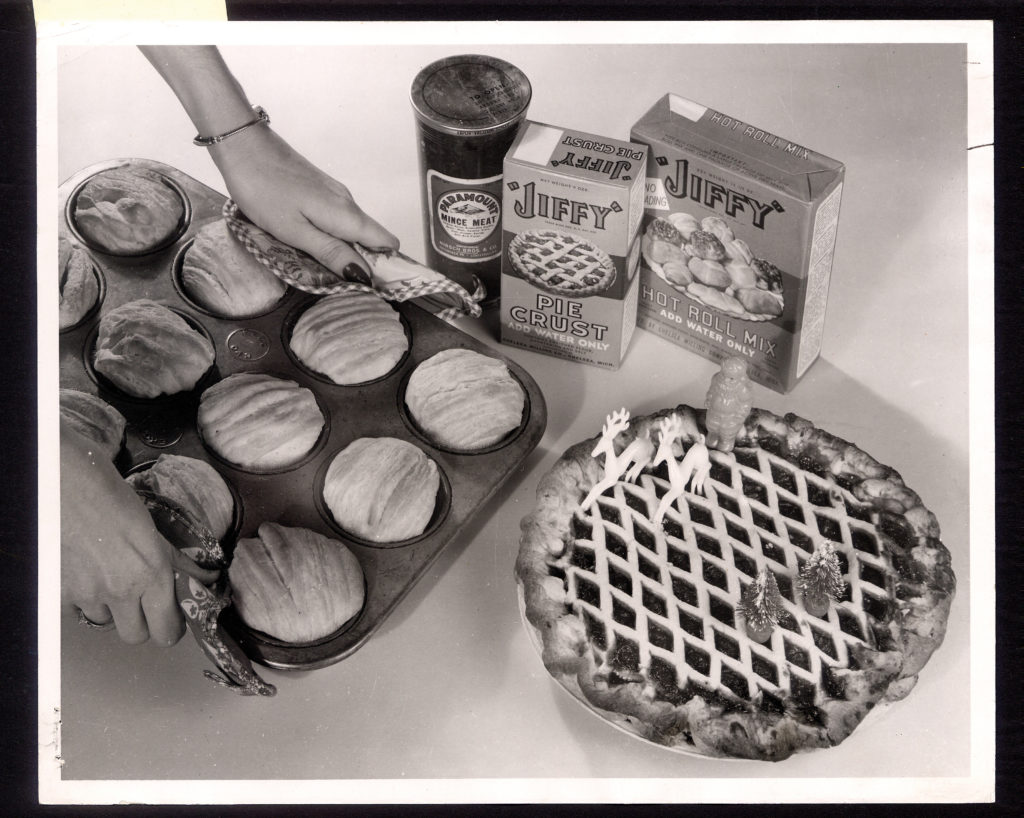 Here’s how it went:

Back in the 1920’s in Chelsea, Michigan, a neighborhood boy was visiting Holmes’ young twin sons and brought a bag lunch prepared by his dad, a single parent. Right on top was a biscuit. According to Howdy, “my grandmother was amazed that his father went to such effort. And she thought, wouldn’t it be nice to have to have something to help him make biscuits – something so easy that even a man could do it?”

Conveniently, Mabel’s husband ran the Chelsea Milling Co. and in early 1930, it rolled out an all-purpose baking mix that she named Jiffy Mix – because it took no time to prepare. The rest is history.

To this day, Jiffy is a privately held company. They haven’t succumbed to the big brand buy-out offers — and there have been hundreds. Rather, Jiffy is run just like a small “mom and pop” company, even though it is a globally recognized brand. It will remain all in the family forever.

Based in Chelsea, Michigan, everything is done right there: they mill their own flour, in addition to the mixing, packaging, and warehousing of all of their products. Get this: they produce 1.6 million boxes of its products each day… and even make their own boxes out of recycled paperboard.

They don’t advertise. They don’t “do” social media. They don’t have to. Its popularity is because of good, old-fashioned word-of-mouth and the brand name which has been passed down from generation to generation.  Of course, that’s how I learned about it… through my mother. 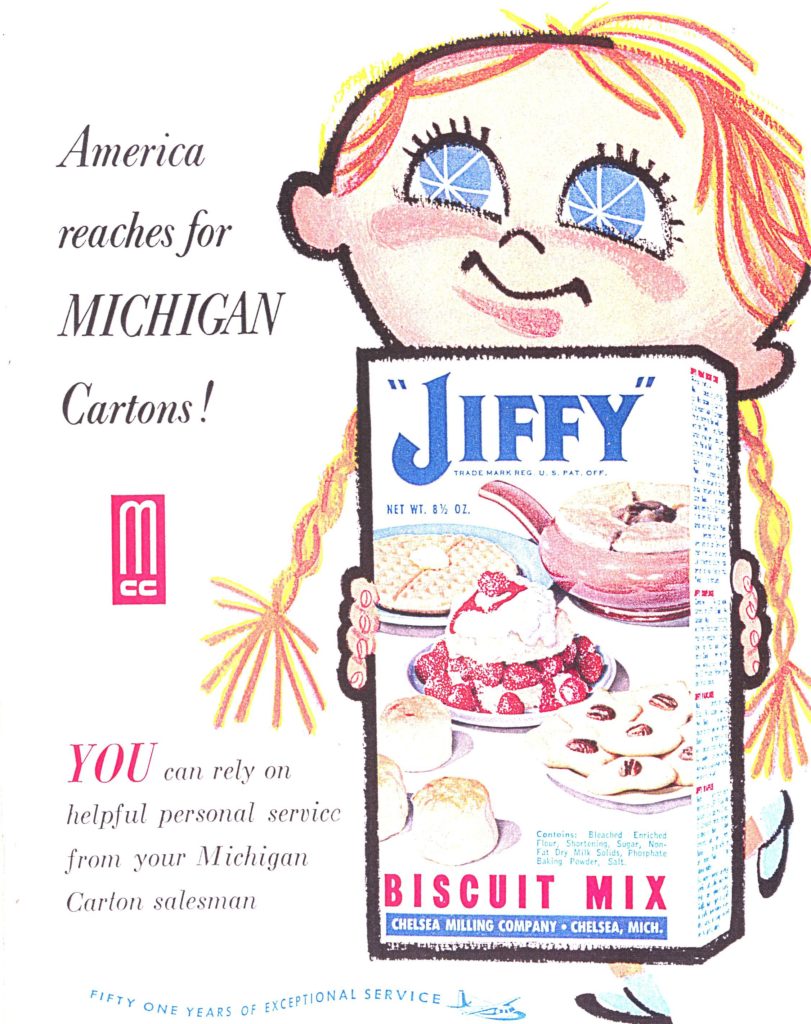 My mother, Bernice was a great cook, but she didn’t bake very often. It just wasn’t her thing.  Though, I do remember the two of us making corn muffins together because it was the perfect bite to go along with her amazing chili. To this day, I still make the muffins along with my signature party dish:  “The Oscar Party Corn Thing.”

While at the show, I came upon the Jiffy booth and thought it was owned by a big corporation. I quickly learned otherwise. When I met Howdy, he couldn’t have been more gracious and kind… and everyone who works for him said the same thing. I met many of the staff: from food servers passing out the most delicious treats to those doing demos for the attendees. All said the same thing about working there: “it’s a family, and everyone is included.” 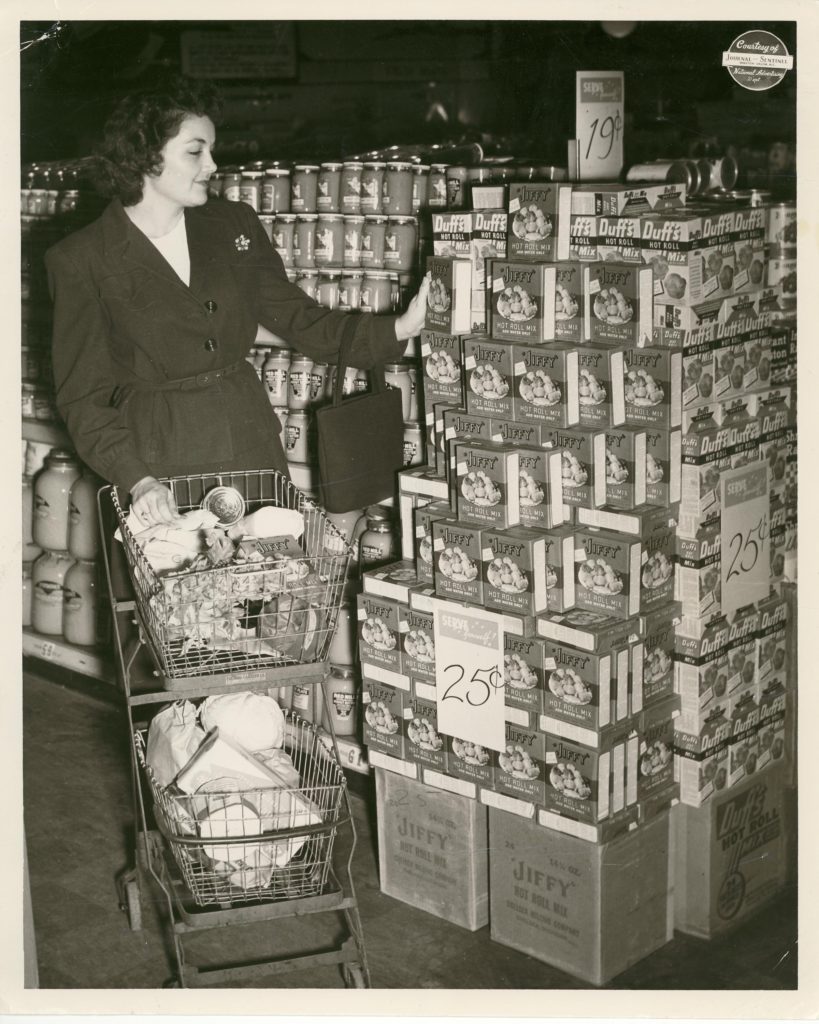 I am meeting with Howdy again this fall and will be taking a tour of the plant. I’ll share more about my visit… especially what I learn about his career as an Indy 500 race car driver before he took the helm of Jiffy in 1995.

Great things begin because of a need. And really, that’s what it’s all about: a kernel of an idea mixed with an ounce of inspiration and the desire to make it happen. An extraordinary woman, Mabel White Holmes did just that.  She was inducted into the Michigan Women’s Hall of Fame in 2015. Her legacy lives on.