You are here: Home / Blowing Off Steam / Corn Pudding with Jiffy 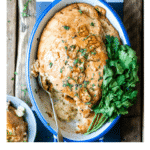 There is nothing better than corn pudding. It’s also known as spoon bread.  (I used to call it my “Oscar Party Corn Thing” which I’ll explain later!)  In any case, if you’re looking for pure comfort food, it doesn’t get better than this. So check out the best ever creamy corn pudding recipe with Jiffy. It’s going to be your go-to side dish from now on.  And I have a couple of twists of flavor you’ll want to try!

What is corn pudding?

Corn pudding is a mixture of ingredients that’s a bit like cornbread but much creamier. All you need are a few ingredients:  eggs, kernel corn, creamed corn, butter, a box of Jiffy corn mix, and cheese.  And what makes this different from other recipes? Cheese. Yep… CHEESE! 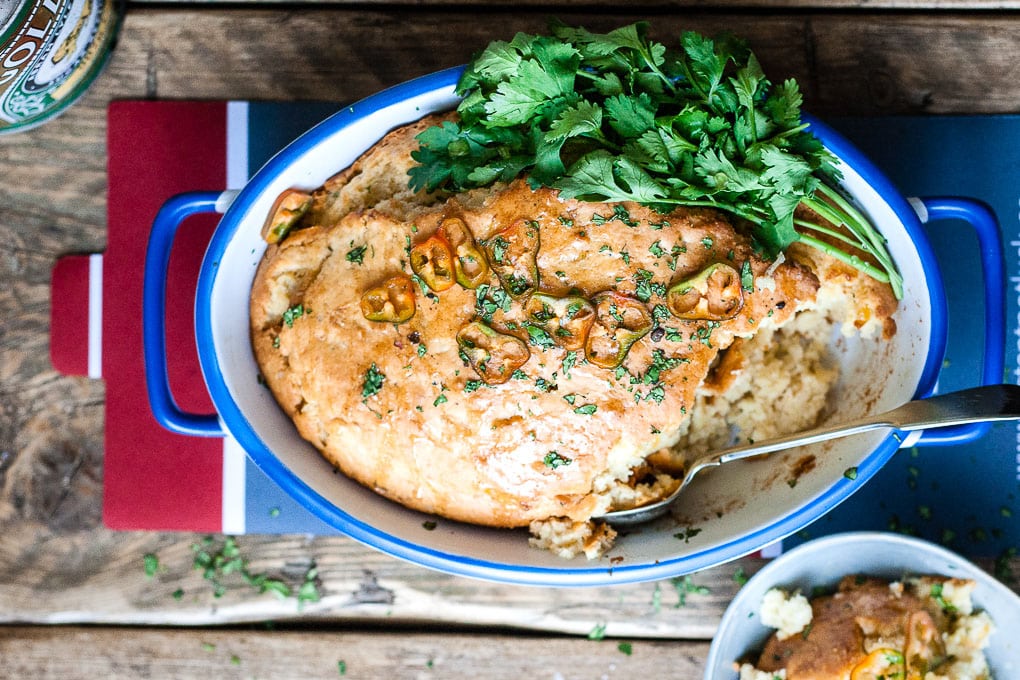 What is spoon bread?

I never really knew the difference and wasn’t sure what to call my dish, but basically, spoon bread is cornbread that’s soft enough to eat with a spoon. It is made from a cornmeal base and less of an egg/dairy based pudding.

Put it this way: whatever you call it, it’s “to die for” — as my mother, Bernice used to say.  It’s so easy to make, it’s my favorite go-to party recipe when someone asks me to bring a dip or a side dish to a potluck — and since I’ve made it so many times, it’s honestly gone beyond just being a ‘corn thing’ for an Oscar party – because it’s perfect for any get together. If you want to hear about my LA parties, keep reading!

How to make corn pudding

You basically just need a few ingredients, most of which you probably already have on hand, and you can make it in the oven or the Instant Pot!  Plus, you can prepare it the day before — assemble the ingredients and when you’re ready, pop it in the oven.

Why do I use Jiffy Corn Bread Mix? Because my mother, Bernice used it all the time. She was a brilliant cook, but didn’t bake. She loved corn bread… so, she’d always have a box on the pantry shelf. And so do I.  It’s pure Americanna. It’s made by an amazing family and still run like a small family business.  And did you know, it Jiffy was started by a woman?  I had the pleasure of meeting the CEO and grandson of the founder, Mabel White Holmes. As an entrepreneur, I am fascinated by women who came before me and paved the way. Her story is fascinating.

What to add to your corn pudding

Aside from the cheese making this dish beyond delish —  you can toss in other flavors to create a twist:  I love to add a small can of mild Poblano Green Chiles. It gives this recipe a Southwestern Mexican twist. 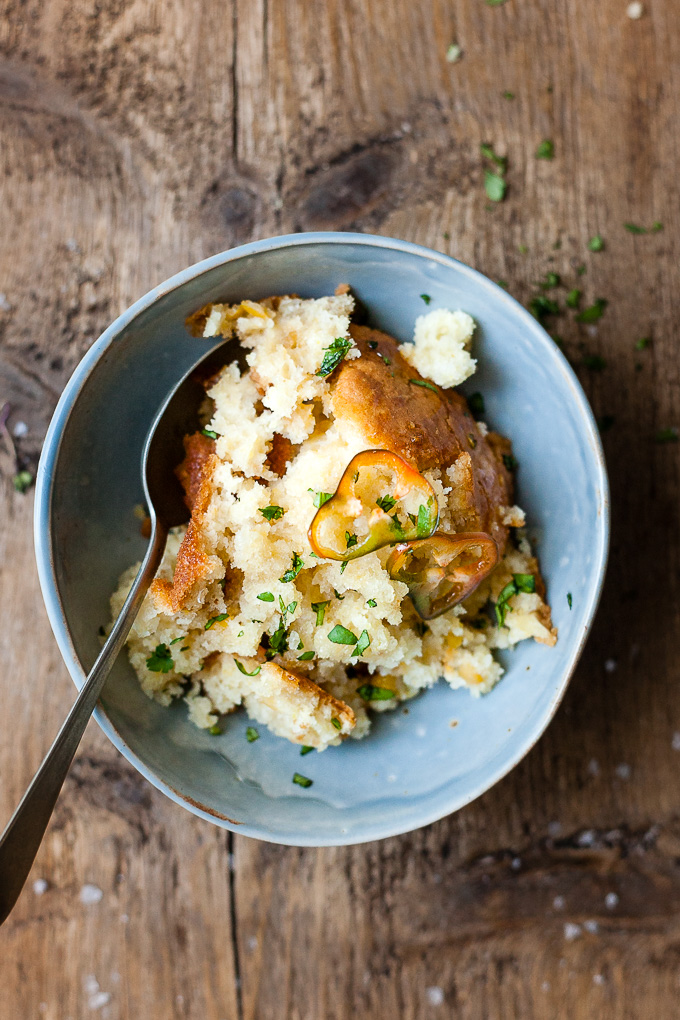 The Story Behind the Recipe:

As many of you know, I spent my career as a television writer and producer. And every year for the past I-can’t-even-count-that-high, I’ve had an Oscar Party.

First, because I lived in LA and second because it’s “the thing” one does when one lives in LA. In any case, being a part of the industry, (a very small part) everyone who attended our parties either knew someone who was in the film, knew someone who wrote the film, knew someone who fired the agent who made the deal, had slept with someone who worked on the crew, or just secretly wished they were there so they could finally give the damn acceptance speech they’d written in their heads since they were nine. And of course, it was always a great excuse to get together and talk trash while commenting on who’s wearing what as they strolled down the red carpet. This year, we predominantly wondered why most of the women seemed to be wearing their dresses backward. I spent most of the pre-show filled with anxiety, praying no one would sneeze.

So, as I said, every year, I have a party.  Some years, there was a theme where everyone had to bring a dish that best represented one of the films nominated for Best Picture. Given “The Shape of Water” was in the category one year, I had visions of too many Jello molds showing up, so, I decided to make it an “Eat What You Want” and “Bring Whatever” party. I made “The Corn Thing” which I was told would win the Oscar if there was an “OMG This Is So Good I’m Dying” category. In England, they call this a “corn pudding” — here in the US, this is a corn spoon bread recipe. 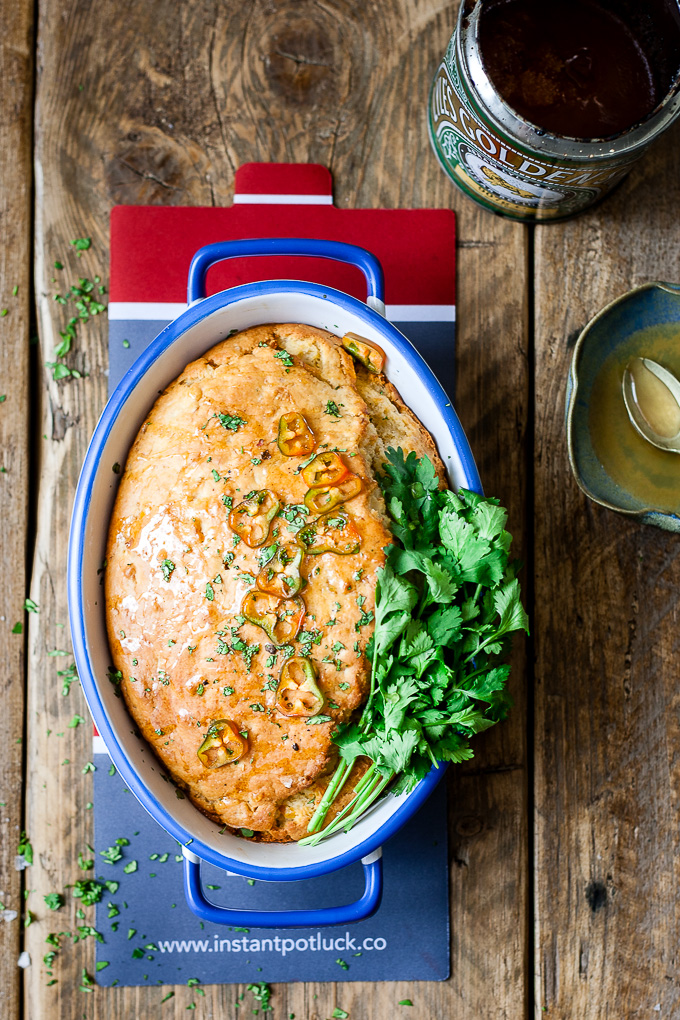 The Instant Potholder, a 3-in-1 accessory that’s a trivet, a jar opener, and potholder. Sold in sets of 2.

Now I live in Chicago and no one here gives a shit about the Oscars, so when I invited friends over, they didn’t even realize this was “a thing” to do. Mention you’re having a Cubs party and that’s a no-brainer, but a party to celebrate Hollywood is like throwing a disco-rave on national donut day.

But everyone loves an excuse for a party and no reason is ever needed to trash talk celebrities in gowns that cost as much as a mid-sized sedan, so, my Chicago friends were down to make this a tradition.

In any case, this is the perfect side dish to serve all year round… great at the holidays and a good alternative when you are sick of making string bean casserole.  And here’s the best part:  it’s amazing at breakfast with a bit of maple syrup drizzled on top.  And for our British friends:  Golden Syrup. For American’s not familiar with Golden Syrup, it’s a must. 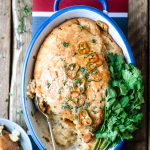 Made with JIFFY corn bread mix!

If you’re looking for easy side dishes or fun snacks to bring to your next party, why not check out: Rosemary Spiced Cashews: 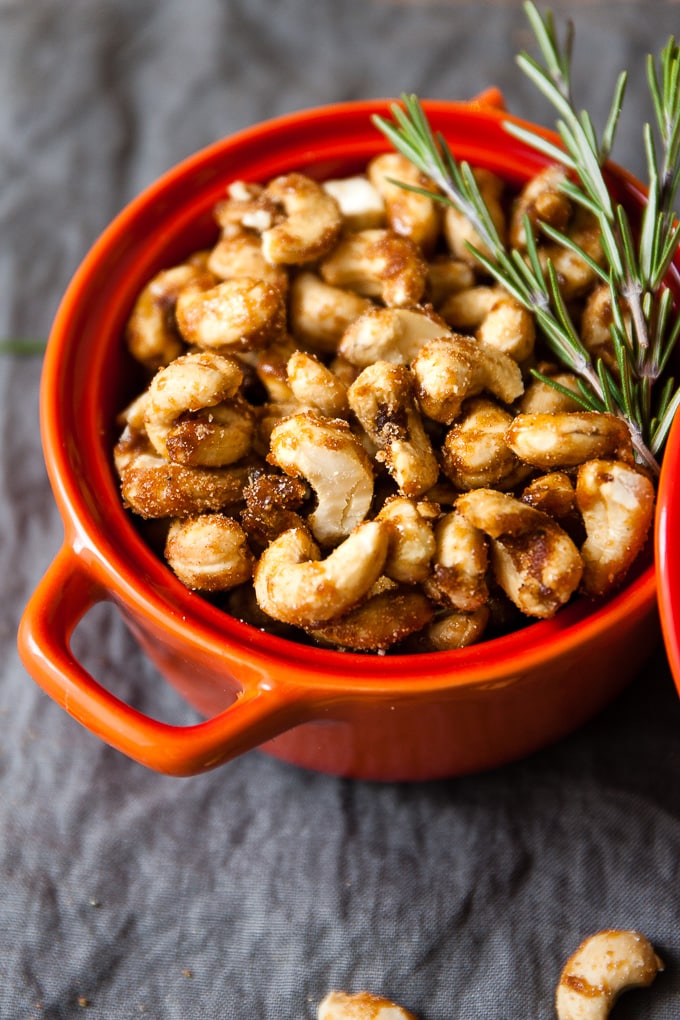 And for a fun and unique easy-to-make Hummus

There’s no soaking and one recipe makes 4 versions: 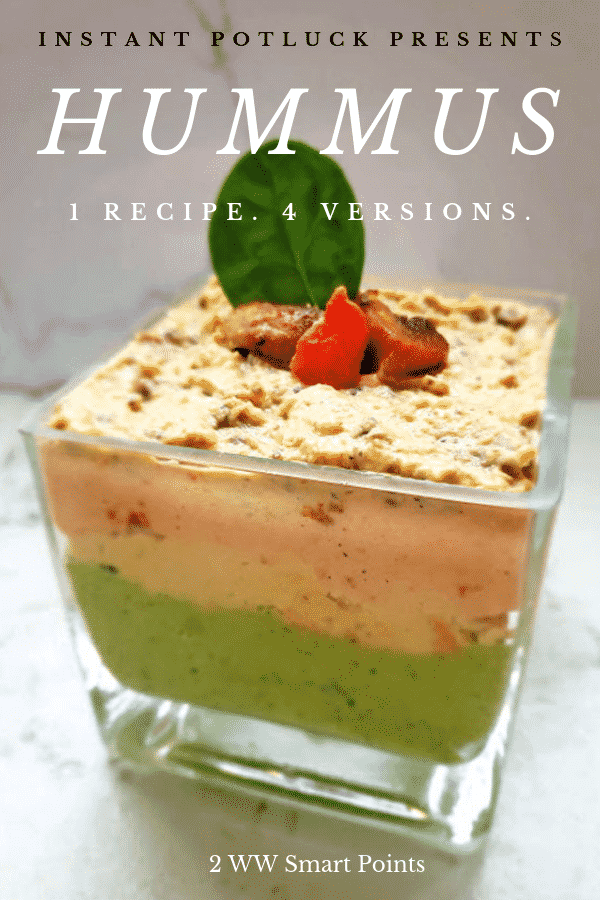 Follow me on PINTEREST… the place where I go to look for a recipe and end up considering which Tiny House to buy. 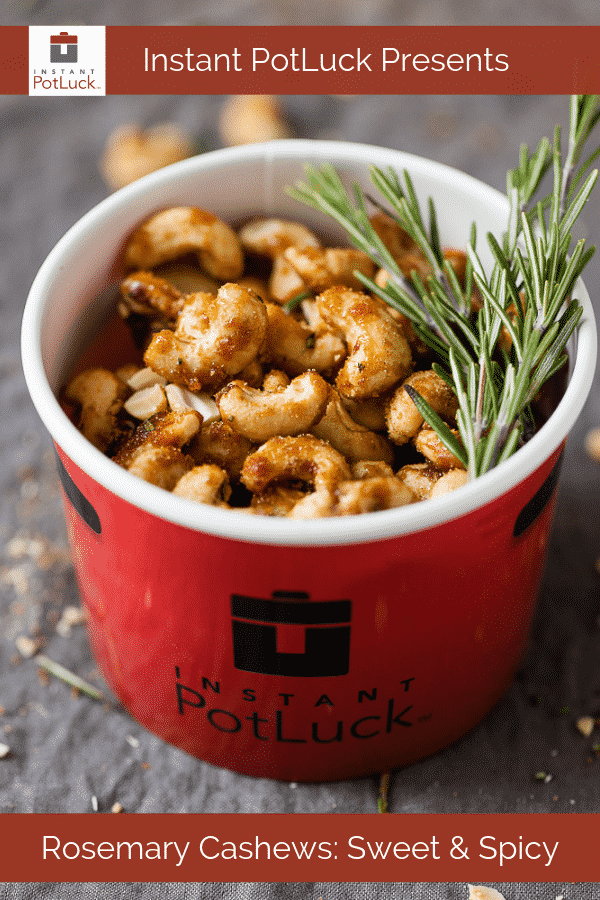 It’s doubtful you will have leftovers — but you might. Or, you just might want to make a few batches to give to your friends and family! Grab a set of Make It & Take It Containers and use the Friends and Family Promo Code F&F20 for 20% OFF your order.

Whatever happens, don’t send your guests home with leftovers in an old Cool Whip tub. Get the 9-piece set of the new Make It & Take It Containers.  Made in the USA & dishwasher safe, too. Best part? You can personalize them… just add your name to the lid-label. 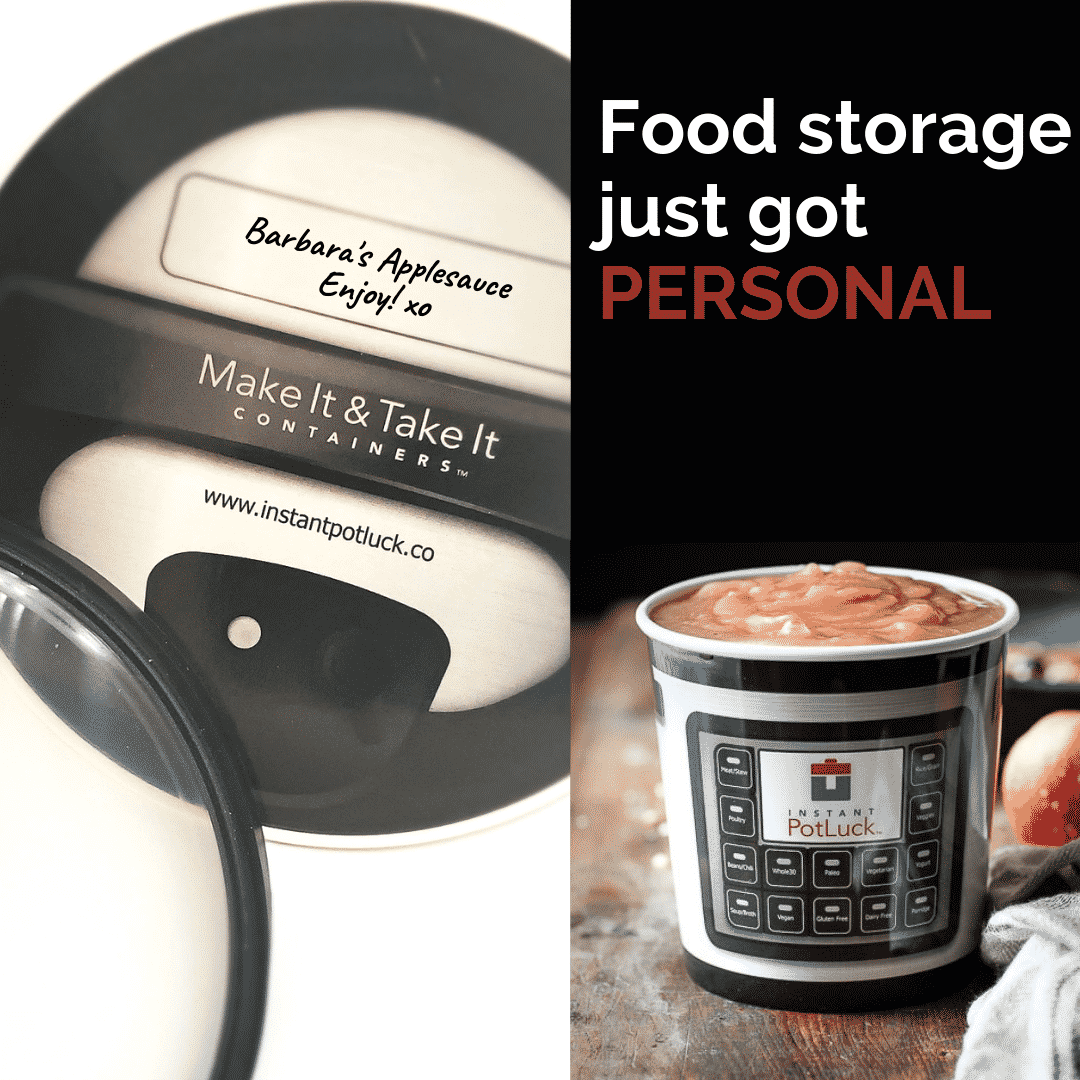 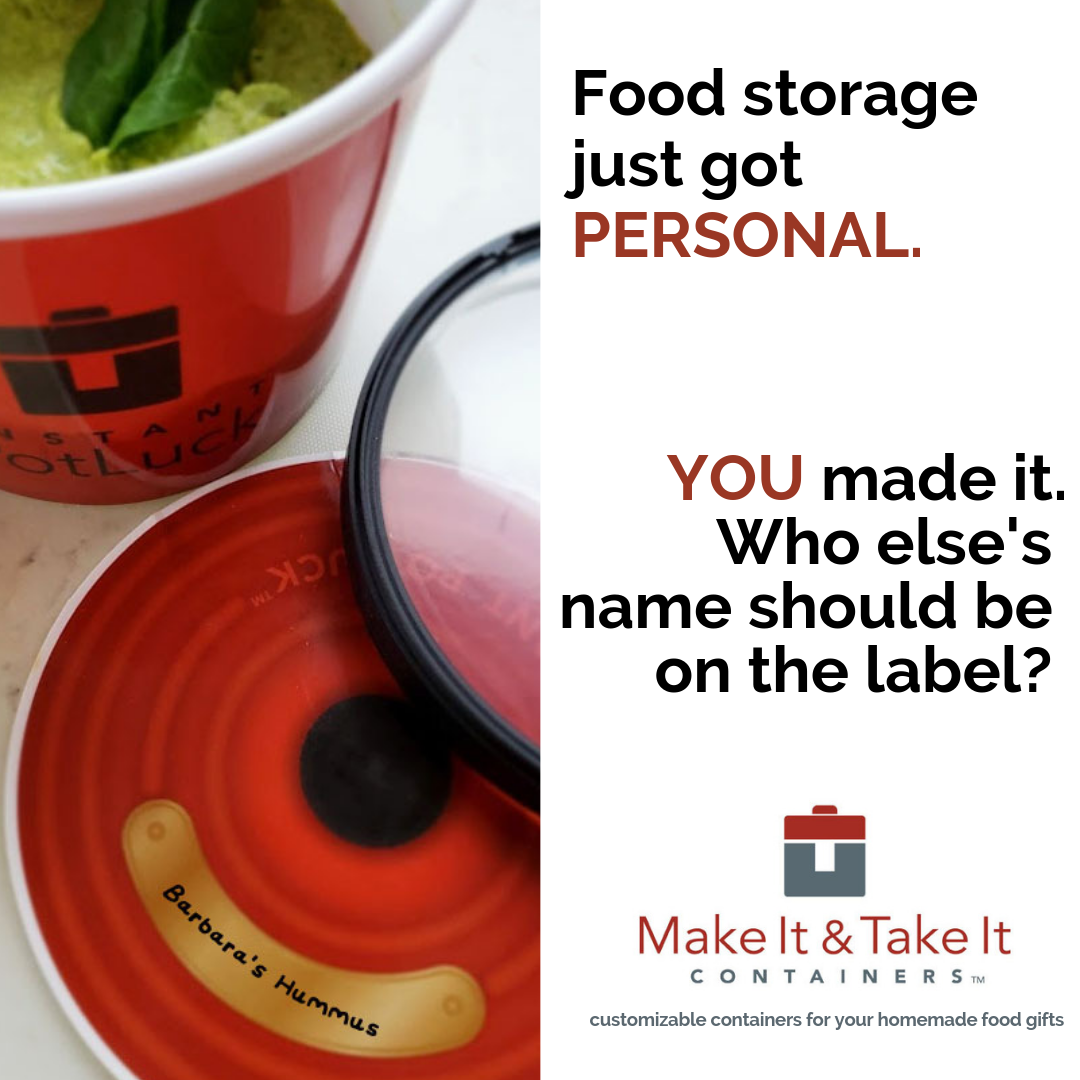